I turned this vase in August, 2011 and forgot to post it here.  Better late than never I suppose.  Not a whole lot to say about it.  I scraped the insides out with a Stewart System hollowing brace that I got among the huge pile of accessories that were included as part of my second hand lathe purchase.  The wood for this project was a diamond-in-the-rough auction score.  There was so little interest in it that I had to remind the auctioneer that he’d skipped it.  I got three pretty huge chunks of maple for $2, and as it turns out, there was a bit of nice spalting in some of it. 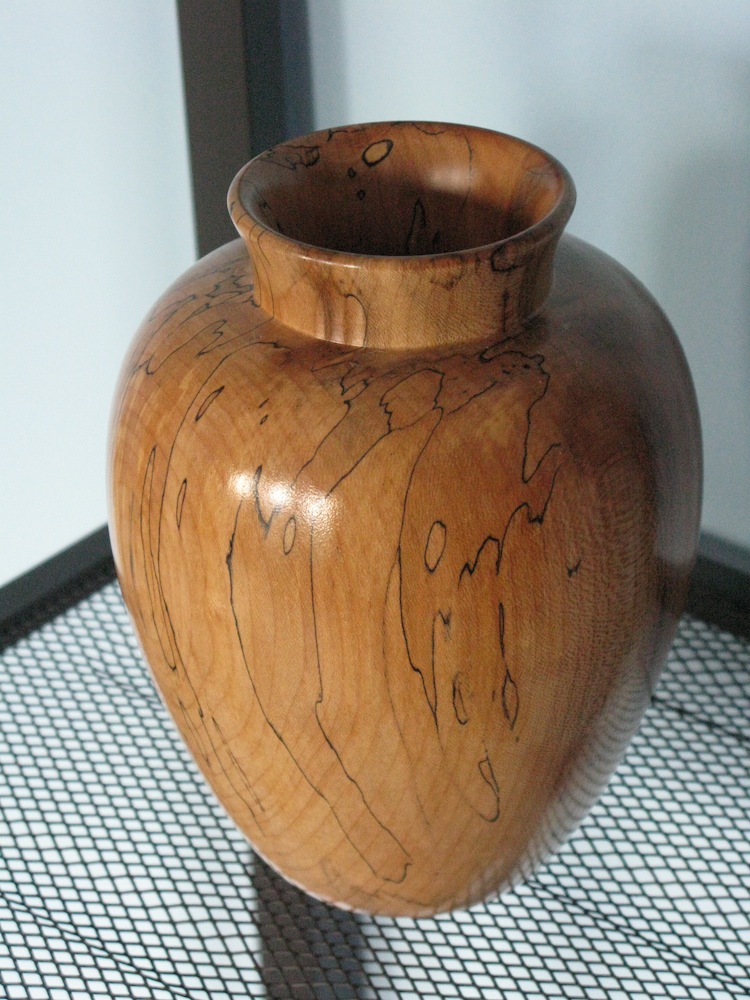